Wild hands were definitely on the menu when NSBC served up the first Goulash event on Thursday night. The session was run as a pairs event with IMP scoring.

The winners were Kevin Davies and Elli Urbach.

Runners up were Tom Fischer and Trish Lacey.

Understanding the scoring and watching vulnerability are important in all forms of the game - and even more so with the highly distributional hands in this goulash collection. The following two hands from the event show that Kevin and Elli had a good understanding of both concepts. 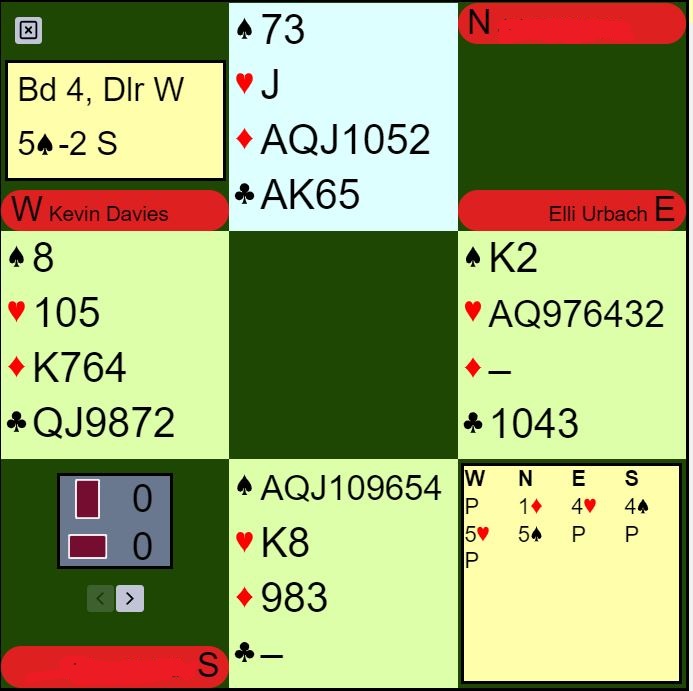 When Kevin competed to 5H, North correctly pushed on to 5S. On the Heart lead, Declarer can actually make 12 tricks by ruffing the KH in dummy and pulling a trump to finesse the King. At imps, Playing Ace and another spade ensures the contract providing the diamond finesse is on. However, declarer won the KH in hand and decided to go to dummy with the diamond Ace, which was ruffed. The contract eventually went two down - a 10 imp gain to Kevin and Elli. 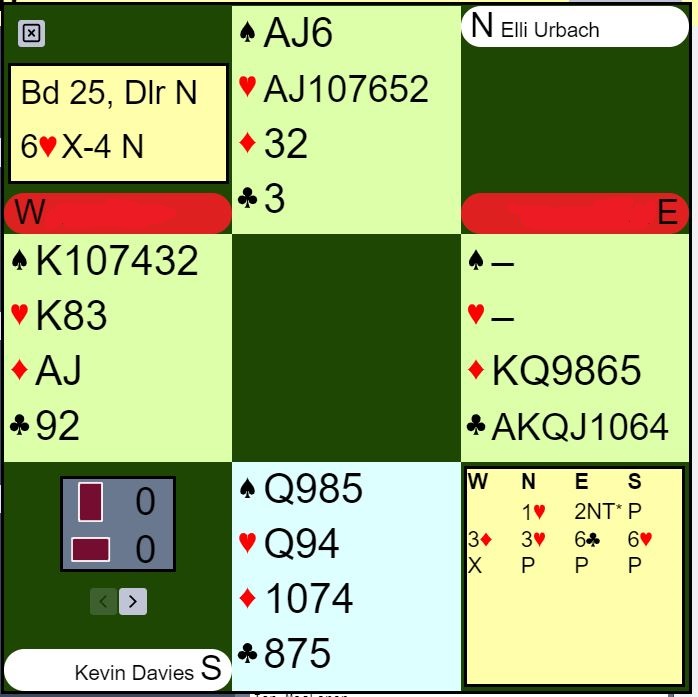 On this hand, Kevin competed to 6H over the opponents 6C. When the smoke cleared, the bad news for Elli was that she was 4 down doubled for -800. The good news was that small slam or indeed grand slam in either minor is cold for the opposition, and hence a 4 imp gain for our heroes. 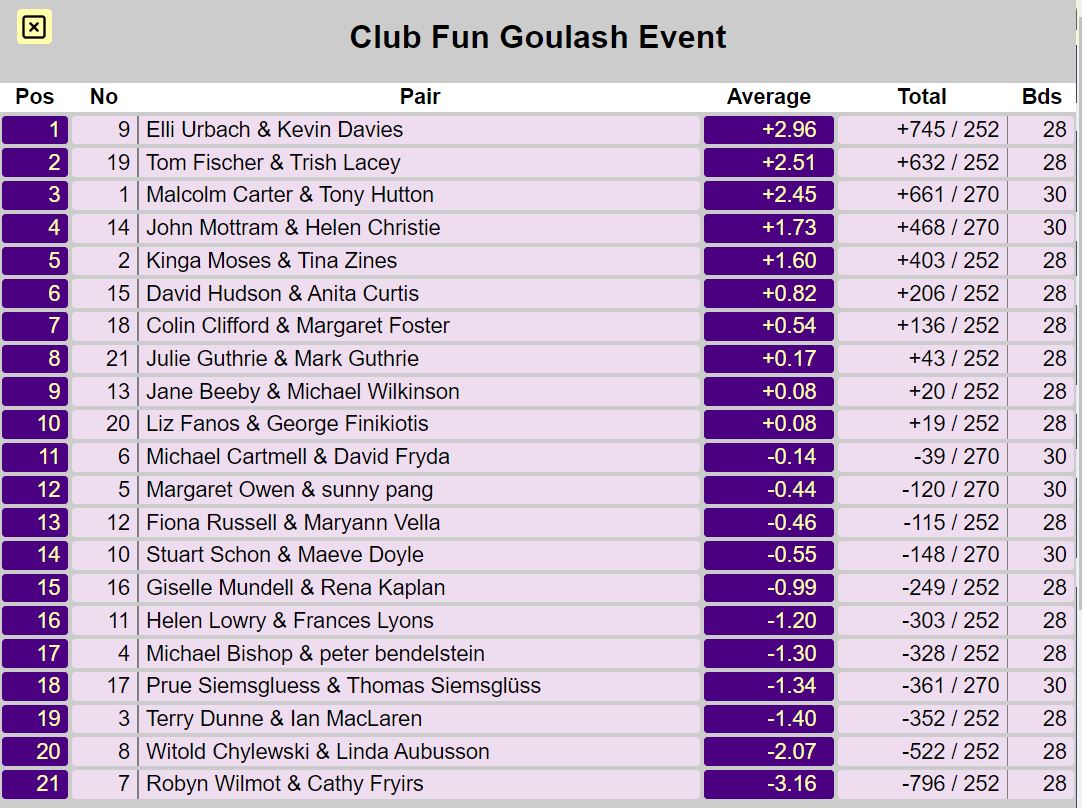