Okay, something a little different from me this month. 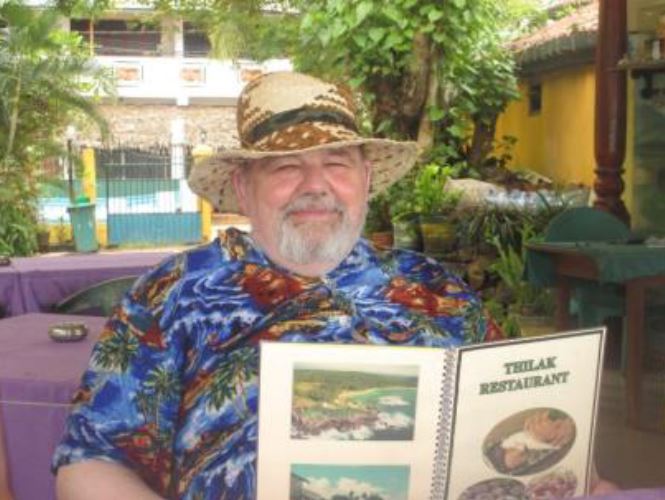 My uncle Nigel passed away last week. This isn’t a sad story, in fact it’s a very happy story because he had a wonderful life and guess what? He was a bridge player.

If reincarnation is a thing, then I suggest we all get in line to come back as Nigel Guthrie, or as he called himself online for decades “Nige1”.

Nigel was my father’s older brother, and he learnt bridge from my grandad, just the same as I did when I was about 10. I remember playing with Nigel back then and thinking it was great that he seemed to have picked bridge up the same as me, without realising that he was actually a professional bridge player. He won many of the big events in the UK in his career, but he won far more fans from how nice he was to partners and opponents.

I believe in two conspiracy theories. Neither of which I have a shred of evidence for. The first is the David Bowie isn’t dead. He got fed up with the fame, faked his own death and now lives on an island somewhere with Prince. (I do actually believe this.)

While I like that theory, I believe more in the second one. My Uncle Nigel, when he wasn’t playing bridge, worked in technology. In his last few months, he was confined to a hospital bed and had access to a laptop. He actually won a major event, the Scottish Bridge Union National Pairs this year, literally from his death bed playing online, but I think his main project was uploading himself to BBO so he can continue to play bridge without needing his body. (I would very much like to believe this one too.)

Nigel was supposed to become a doctor, but he spent so much time playing bridge at university that they ended up kicking him out. I believe the last straw was one day when he had played bridge until late in the night and turned up at the hospital to do the rounds with his pyjamas sticking out from under his trousers because he had dressed in a rush. I’m sure he would have made a brilliant doctor, but that was never his path.

Nigel used to have his own language, at least that is how it appeared to the Muggles. As bridge players we would have understood him perfectly. He referred to everyone as “Partner”. In the bridge world he called his opponents partner, and in the real world he called family, friends, and strangers by the same greeting. I expect many people would have thought he was a cowboy (“Howdy Partner”) but would still have understood him.

If someone said, “Scotland lost the rugby.” Nigel might have replied with something like “That is a bit of an underbid”. He brought the whole language of bridge to the non-bridge world, and everyone loved him for it.. 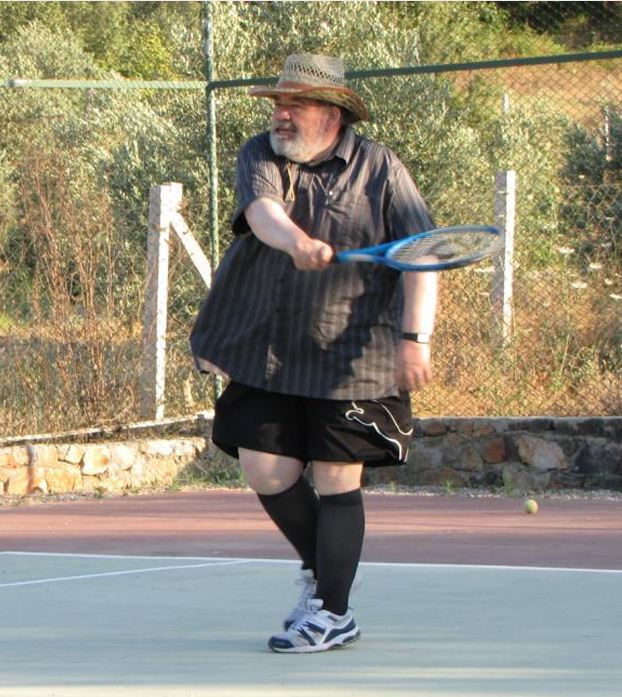 This is Nigel the day he beat me at tennis in Turkey. In my defence, he practiced all day while I propped up the bar and he played me at 10pm at night in the dark. He still won though.

My dad tells a story about getting a late-night call from Nigel who was stuck at the bridge club and needed a lift home. It was a work night and my poor father got out of bed and dutifully drove to the club to take his older brother home. “Ah Tom, I’m just telling everyone about the double squeeze on board 12. I’ve got some drinks at the bar, but I seem to be out of money, could you sort it out partner?”

When my dad got back from the bar, considerably poorer than when he left, Nigel borrowed his pack of cigarettes from him and handed them out while finishing his story. My dad was stuck there for another few hours and several more rounds of drinks.

That might read as if Nigel was inconsiderate, but nothing could be further from the truth. He was incredibly generous but had no concept of time, possessions, or money. He lived his whole life without a care in the world, and never said a bad word to anybody.

If you don’t believe me, there are some comments on Bridge Whingers about him that back this up: https://bridgewinners.com/article/view/nigel-guthrie-rip/

I remember family holidays when Nigel would wander off in some strange village where he didn’t speak the language. One of us would eventually find him in a café or bar surrounded by people and he would introduce us to his new friends.

Given 10 minutes Nigel would meet someone and find a topic of conversation that they were both passionate about.

Not surprisingly, given Nigel’s early attempts at a medical career, when I came back from a visit to my grandad’s and announced that I was going to join a bridge club, aged 12, my parents quickly banned me from playing. Many years later when Julie decided we needed a hobby, as the kids no longer wanted us in the house, we took up bridge. We had many discussions about bridge with Nigel on family holidays and besides his pure enjoyment of the game, two things stood out to me, that I think we can all use.

The first was a simple piece of advice that he gave me. “If your partner makes a mistake, you need to think very carefully about what you could have done to stop them from making it.”

So next time, before you berate your partner for not leading back a heart to beat the contract, think “What could I have done to let my partner know that a heart was the right thing to play.”

I don’t do this myself of course, I’m merely passing on the advice.

The second thing, which I believe he did a lot in online forums, was that instead of thinking of a bid or play as being right or wrong, he liked to give them marks out of 10. So, when you are deciding what to play, he would rate HK as 10, H4 as 6, DA as 2. Or in bidding: 3H as 9, 2S as 8, Pass as 3. I really like this as bridge is not a black and white game, there is always some grey.

My Uncle Nigel loved many things. He loved his family and friends, he loved late night discussions, he loved cake, and he loved life. But he was born to love bridge, and more important to him than being good at it, was having everyone else enjoy it too.

The next time you play, try to channel a little bit of Nige1. I know I will.

And look out for him on BBO, he is there somewhere enthusiastically congratulating an opponent for a clever defence.

The Clubs membership fees were reduced on 1 Aug for the year ending 31/12/22:

It was reported to me yesterday that there are rumours going around saying NSBC is closing down online bridge on Real Bridge. This is 100% incorrect!  Real Bridge is here to stay, so please ignore anyone who tells you otherwise. 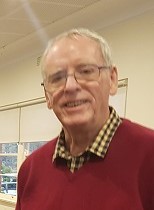 You will have, by now, received an email with Kevin's September edition of the NSBC Newsletter - which includes the above reports.

If you missed it, you can find it (and all previous Newsletters) by clicking on Newsletters.

It's full of News, Results, Bridge Puzzles and what's coming up. 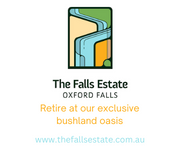 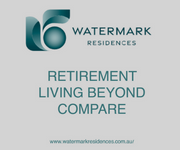 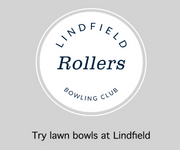 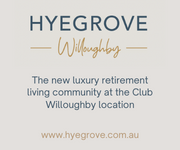 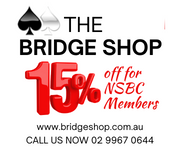 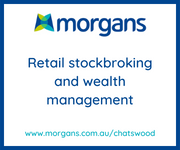 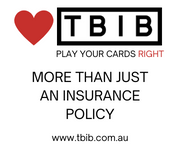 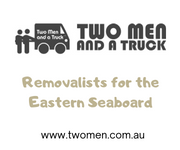